Arman (Armand Pierre Fernandez) was a Franco-American artist born in France in 1928 and who died in New York in 2008. He was one of the founders of the New Realism art movement.

His father was an antique dealer. Arman spent a lot of time in his father's store growing up and started to paint objects by 10 years old. Arman studied Fine Arts in Nice and then later at the Louvre in Paris. 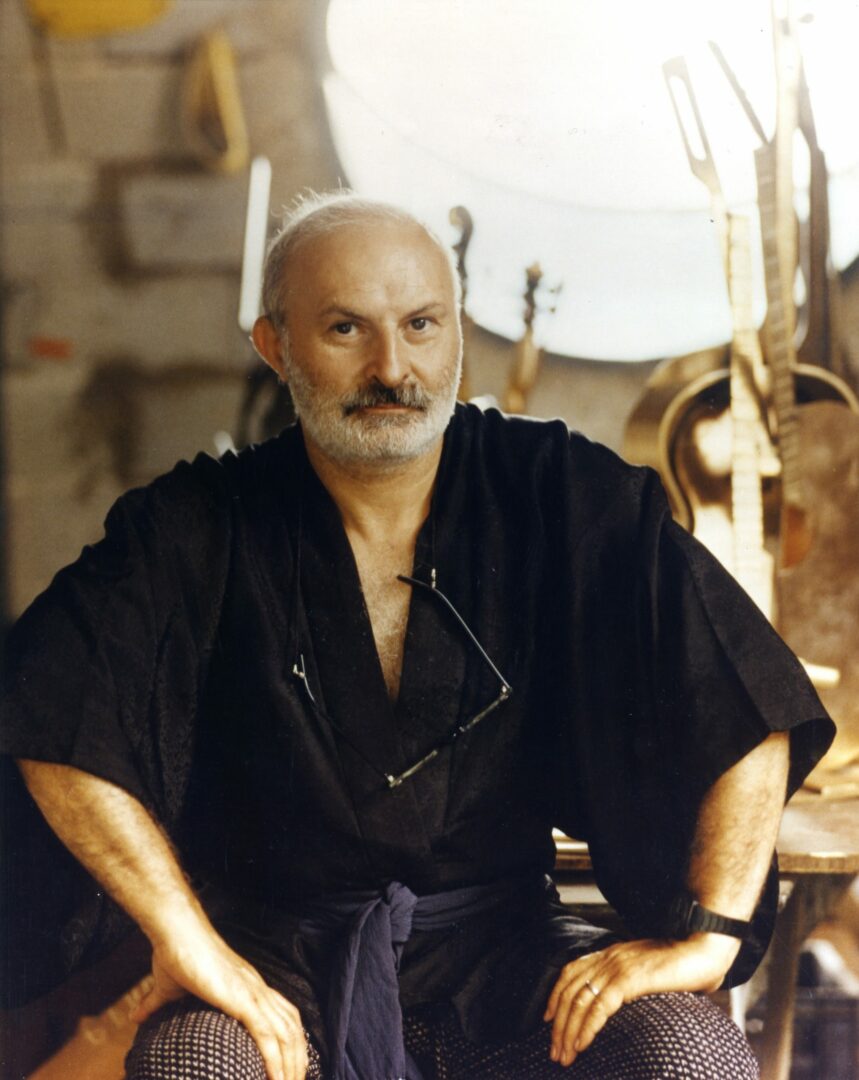 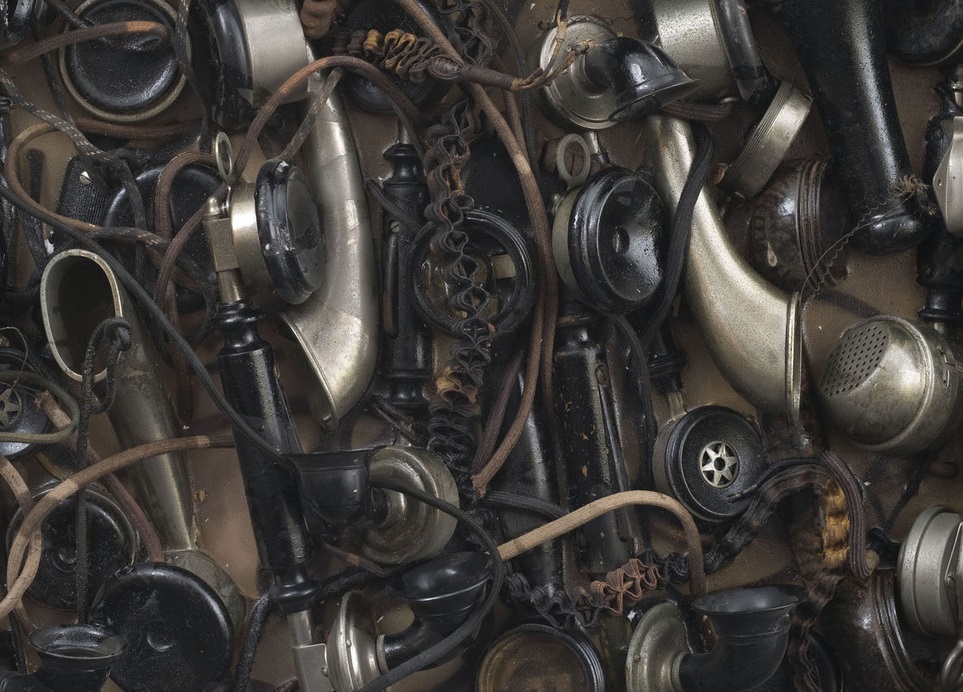 Arman chose to not simply replicate art from the past but instead decided to create a new reality from present-day life and from his direct environment.

Artists from the New Realism chose mass-produced objects, advertisements, and other types of objects to adapt to their visions.

Objects were considered symbols of creation, consumption, and destruction. They showed the world that contemporary art could flourish when artists were able to reflect on current social issues, such as the future of cities, the excess of communication, and new technologies.

Questioned about his relationship with music, Arman responded: 'I have always been a consumer of music. I see in it a form of expression translating the movements of the soul and I think of a painting by Gauguin: Who are we, where do we come from, where are we going? Music transports me, makes me soar.' (O. Hahn, ibid., p. 197). 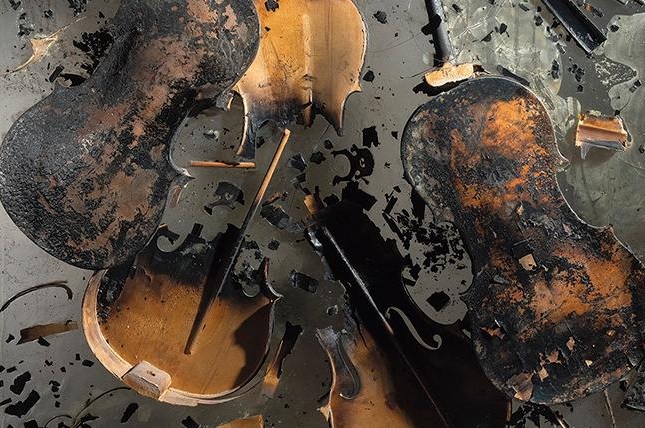 Arman spent long periods of time in the US and in particular New York where he learned how to work on plexiglass and polyester.

He developed the series of 'accumulations' and 'combustions' in which objects were burned and destroyed. The broken pieces became the essence' of the object. The artist wanted to fix a moment of pure violence and uncover the energy of the object.

Breaking, cutting, and burning, three processes that he chose to dematerialize objects from the limitations of the interior and exterior spaces of the real world. The objects were given new possibilities outside of the norms defined by contemporary society. 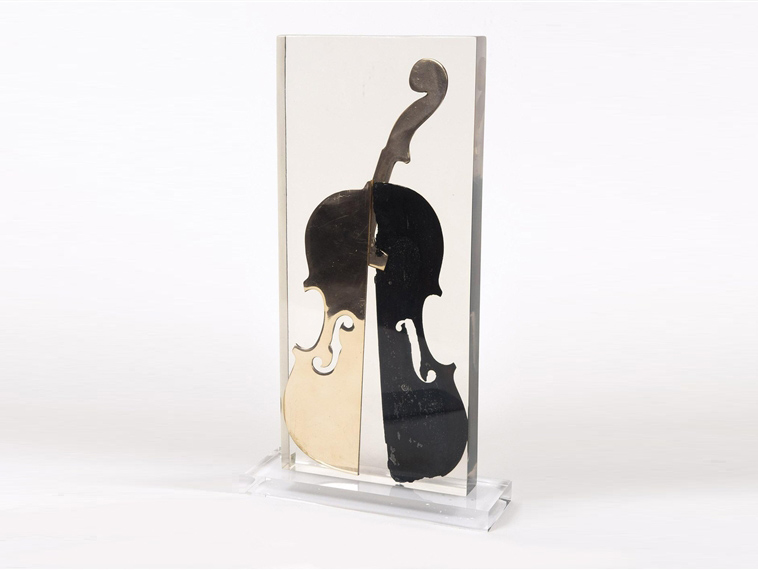 The production of the 1990s attests to Arman's strong sensitivity to the feminine theme and its attributes, both formal and symbolic. A large number of instruments with round and feminine lines were used during the series 'Combustions'. Titles were given to reflect femininity.

Le Dos de Valentine ('Valentine's back') was made in 1997 from a wooden violin and patinated bronze in a plexiglass base.

Discover our bronze sculptures by Arman 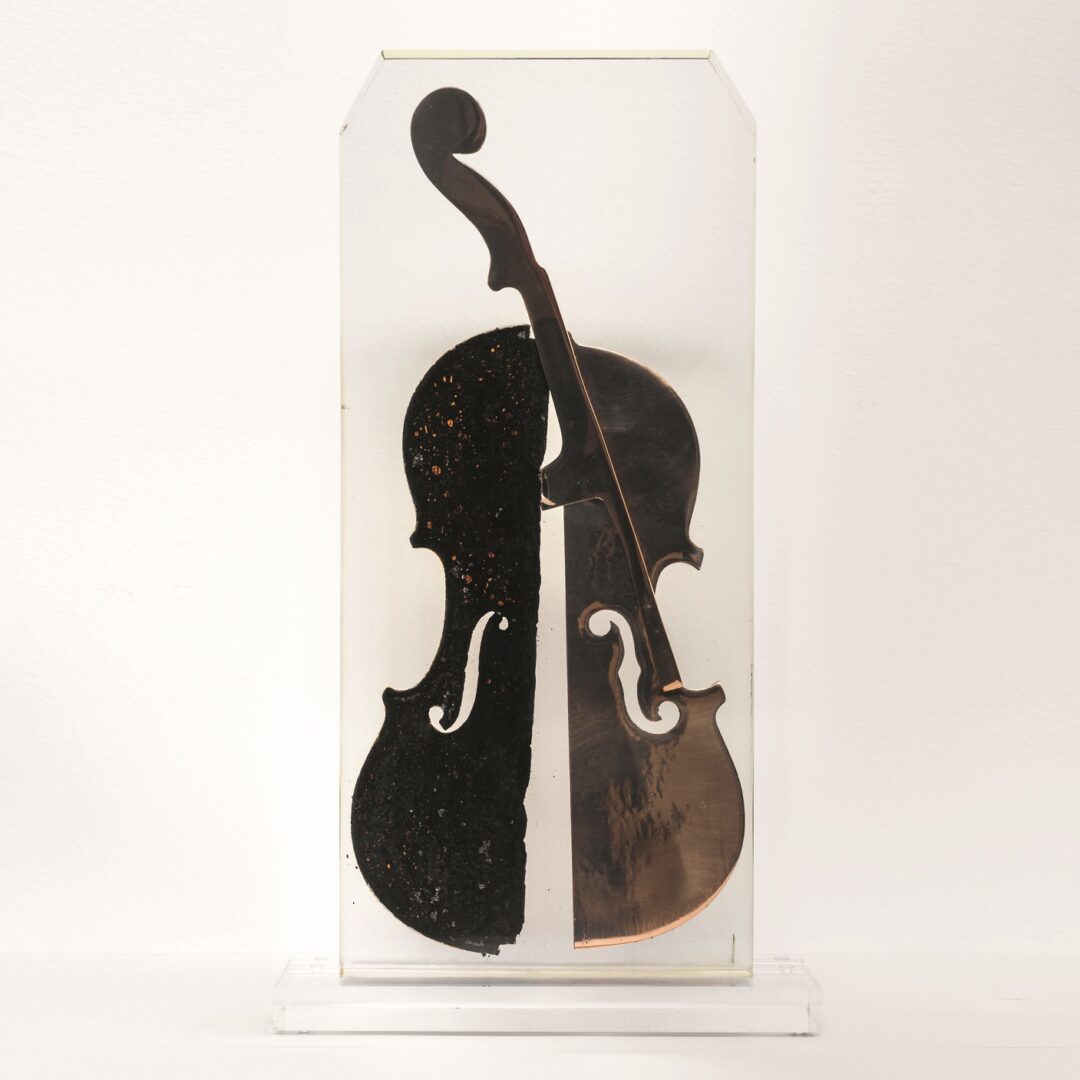 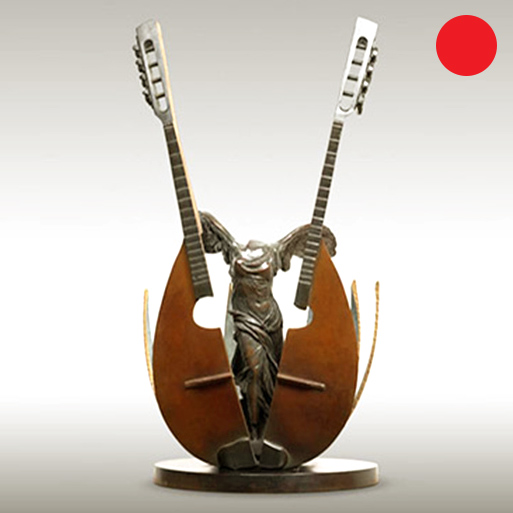